Can’t open a file due to a lack of backward compatibility. (Company D: Car Parts Manufacturer) 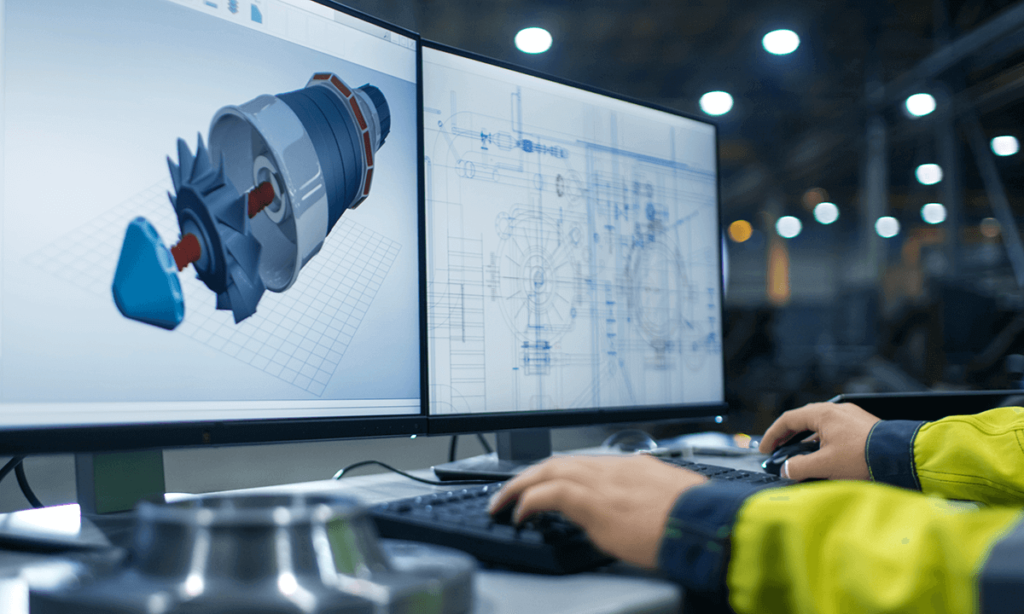 In general, CAD data is forward compatible, but in most cases, it does not have a backward compatibility.

Things to check in advance for data translation

If a version of CAD system you always use is the latest version, you will have no problem, but if not, you need to exercise caution.

You need to check the version of CAD files when received in order to determine if the CAD system you use can read them.

Ideally, you should be able to request in advance to obtain CAD files created by an older version, but if you happen to receive CAD files of a later version, what can you do?

With spGate, you can import the latest CAD files to export CAD files of the older version.

IGES, Initial Graphics Exchange Specification, is an intermediate format for exchanging graphical and drawing data between different CAD systems. It was approved as an ANSI (American National Standards Institute) standard in 1981, and IGES 5.3 published in 1996 was the final edition. At present, IGES becomes standard equipment on nearly all CAD/CAM systems.

STEP, Standard for the Exchange of Product model data, is a file format standardized by ISO (the International Organization for Standardization). Many CAD/CAM systems support these formats as standard, but some CAD systems offer STEP compatibility as an optional add-on and cannot read STEP files unless you purchase that option.

With these intermediate file formats, the data conversion software built into the CAD system will generally not be aware of the version that created the file. For that reason, there should be little backward compatibility issue like one described in the CATIA example. However, regardless of the version, the key point to consider is whether or not the software can read in the shapes and attributes described by the data.

Parasolid is a kernel developed by SIEMENS, and NX, SOLIDWORKS, and Solid Edge are well-known CAD systems that use Parasolid. Parasolid files use the file extensions ‘x_t’ and ‘x_b’.

For reference, the relationship between the “system version” and “Parasolid version” of NX and SOLIDWORK is described below.

ACIS is a kernel developed by Spatial Technology, and Inventor and Space-E are well-known CAD systems that use ACIS. ACIS files use the file extension ‘sat’.

If you receive solid kernel files with the extension ‘x_t’ or ‘sat’, the file versions become important as in the case with the CATIA example. For that reason, it is important to know the kernel version of the CAD system you are using.