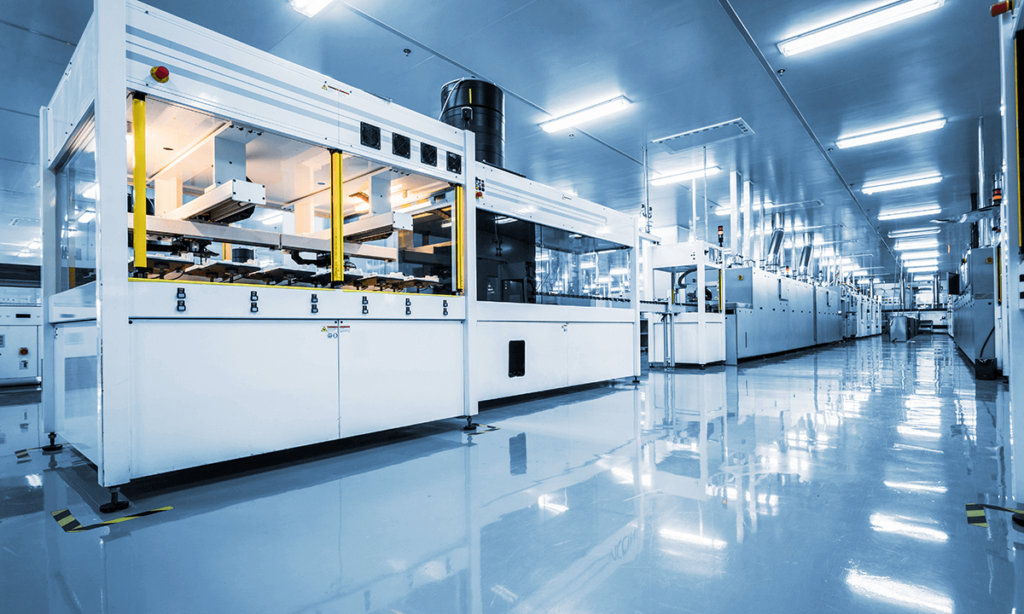 CAD models for production machinery, control devices, and so on are composed of thousands of parts. The responsiveness of CAD systems will be greatly decreased if such CAD model is utilized as it is for layout study.

A significant improvement in responsiveness is achieved by converting large CAD files into rough voxel models or removing internal faces.

Simplified solid models for a complex CAD model are automatically created by only specifying the length of one side of a cube. This can be used for internal layout study that does not require exact dimensions.

Naturally, this improves CAD system responsiveness, but it also has an advantage in preventing leakage of confidential information.

If you want to keep external faces only

You use Hidden Face Removal if you want to keep only outside faces of a CAD model instead of creating a voxel model.

By specifying multiple arbitrary axes, you can eliminate faces of which not even a single pixel is visible from any direction. It depends on the CAD model, but files with tens of thousands of faces can sometimes be reduced to around 500 faces.

However, Hidden Face Removal can result in rear faces being visible if there are gaps in the model, so it might not be possible to lighten the model as much as you had hoped to. The voxelization function mentioned above is effective for such instances.

Voxelization and Hidden Face Removal functions are covered here, but spGate has many other functions to lightweight and simplify the model such as Fillet Removal, Chamfer Removal, Shape Removal, and Unite Surface.