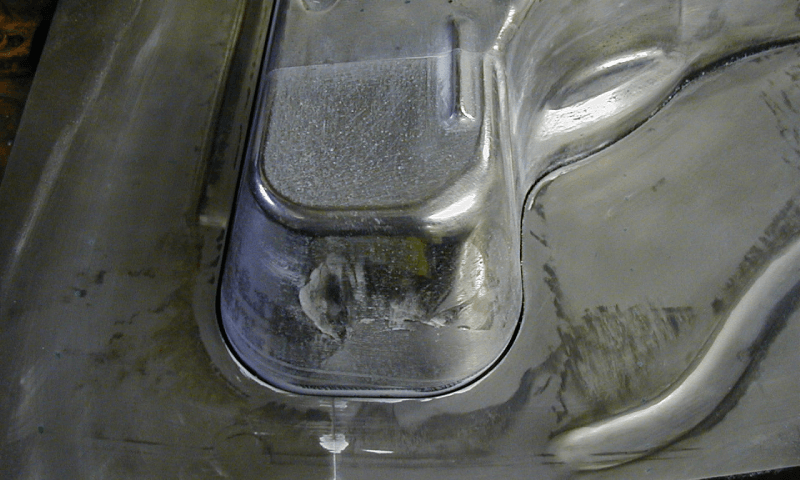 Here is an example of spScan reverse engineering utilized to repair molds damaged during mass production.

When press molds used for mass production become damaged, they must quickly be repaired, or else product shortages and other obstacles to production planning could occur. For that reason, emergency temporary measures are often taken to repair molds. Repairs as temporary measures have durability problems, and there is a high risk that the mold will break again.

When a mold is manufactured, the shape of the mold is often manually modified according to the experience of the personnel in the workplace and isn’t reflected in the mold’s CAD data, and sometimes molds also undergo wear and deformation during mass production.

Even if the mold’s 3D CAD data exists, it cannot be used as CAD data for repairing the mass production mold without modification.

At some time during mass production when the mold is not being used, use a no-contact measuring device to measure the mold that was repaired as an emergency measure.

Utilize the CAD data from the initial design stage for reverse engineering, and then check for gaps between the measurement point cloud representing the shape of the mass production mold and the mold’s CAD data. Partial reverse engineering, a method in which CAD surfaces are recreated only in areas where repairs are necessary, is effective in such instances.